In our last personal finance post, we discussed some of the reasons you may have an unhealthy relationship with money. When it comes down to it, personal finance is quite…. well, personal. The relationship we have with money/our finances is no different from the relationship we have with people, so there really isn’t a one size fits all solution. However, while many of us are capable of removing negative people or influences from our lives, we often have a very hard time kicking bad money habits. Habits tend to be deep rooted and longstanding, to the point we often don’t realize they exist.

It wouldn’t be farfetched to assume that many of our readers have had challenges with money. In fact, many of those who reached out to us have expressed that their first real relationship with money was racking up debt on their first credit card. Several individuals in this group attributed this to a lack of education and transparency around finances in their household growing up.

The other group advised that they grew up in a household where the basics of financial literacy were taught but once out on their own, they had a difficult time applying the concepts independently. Some of these individuals had parents who were business owners or who were raised to be responsible with money by their own frugal parents.

What we discovered as we took a deeper dive, is that both groups, regardless of their upbringing, encountered struggles with money. The struggle was typically tied to two major influences.

So where do we go from here? It’s our responsibility to position ourselves for a good financial future but it is also our responsibility to prepare the next generation for the same through financial education and mentorship. Let’s ask ourselves (and if you have children, nieces, nephews, siblings who are entering adulthood) the following questions.

Take a moment to reflect on the questions above and maybe get your friends and family involved. You may find that despite being in the same household or social circle, the responses may differ greatly from person to person. In the next post, we’ll share the responses of 3 individuals from different age groups, living different lifestyles. Let us know your thoughts in the comment box below or send us a note at [email protected] or on Instagram. 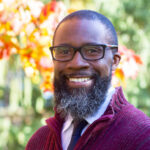 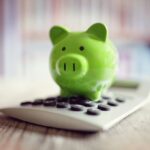 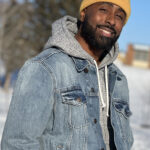 HOW TO FILE A FREE TAX RETURN

Take a minute to meditate. Even if you’re doing nothing, you’re reclaiming some time for yourself that can’t be taken by someone else.

Things I would tell my 20 year old self! Link in B